You are here:Home/Recent Purchases/The Tale of Two Hardy Pilot 20s
Previous Next

Hardy boats seem to be like buses. We wait for one to pop into our inbox and we get treated to two.

Our buying team are always interested in buying Hardy boats. We know that they are popular well made boats that always generate interest. Recently we were lucky enough to be offered two. Both boats were afloat in Chichester Harbour.

One of the Hardy boats we bought was in Emsworth Yacht Harbour. The other was moored in a marina at Hayling Island. We always like buying boats from local marinas as it’s easy to visit and show them to buyers. The Solent and surrounding Harbours are also full of marinas, yards, and marine professionals who can quickly fix any issues we encounter.

The Hardy which was for sale in Emsworth was a great example of Family Pilot 20. Her owner had only bought her in 2020 after the first Covid lockdown. He used the boat frequently all through the summer season and enjoyed plenty of fishing trips.

After that as the second and third lockdowns hit the owner met a new partner and was soon spending all his time in a different part of the country. This meant that he wanted to move the boat on so she wouldn’t sit un-used. Not only would the condition of the Hardy suffer without use it would also be a constant bill to pay for a boat that isn’t getting used.

In addition the owner could see the value in the quick cash deal we could offer for the boat. After all when a broker offers to help sell your boat there is no guarantees of any sale at all. When the Buy Any Boat team get involved we can pay cash on the same day.

Appetite For A Quick Cash Deal

Similarly the Hardy which was for sale in Hayling Island had owner’s with a similar appetite for a quick deal. We were first contacted about the Hardy boat and another yacht which was moored alongside. Her owners were looking to shift both boats but ultimately it was only the Hardy we had eyes for.

Luckily for the owner of the small yacht we could provide her with a solution too. The BuyAnyBoat team have close links with Boatbreakers & Boat Scrapyard. Recently we have launched the classifieds site the Boat Scrapyard Marketplace. We recommended that the owner listed the Invader 22 yacht for sale on there and within a week she had found a buyer.

The second Hardy we bought was a rare all white model. In our opinion she’s a really smart looking boat. Most Hardy boats that we buy will have a blue hull or at least a blue strip along the hull.

Easier To Store Whilst We Sell

Our team arranged for the boat to be towed away from her mooring after the deal was done. She was then lifted out onto a trailer. We also had the first Hardy from Emsworth lifted onto a trailer as this makes them easier to move and store whilst we try to sell them.

At the time of writing we have a potential buyer lined up for the blue Hardy 20 from Emsworth. The white Hardy from Hayling is in the process of being cleaned and we have no doubt will be snapped up soon. 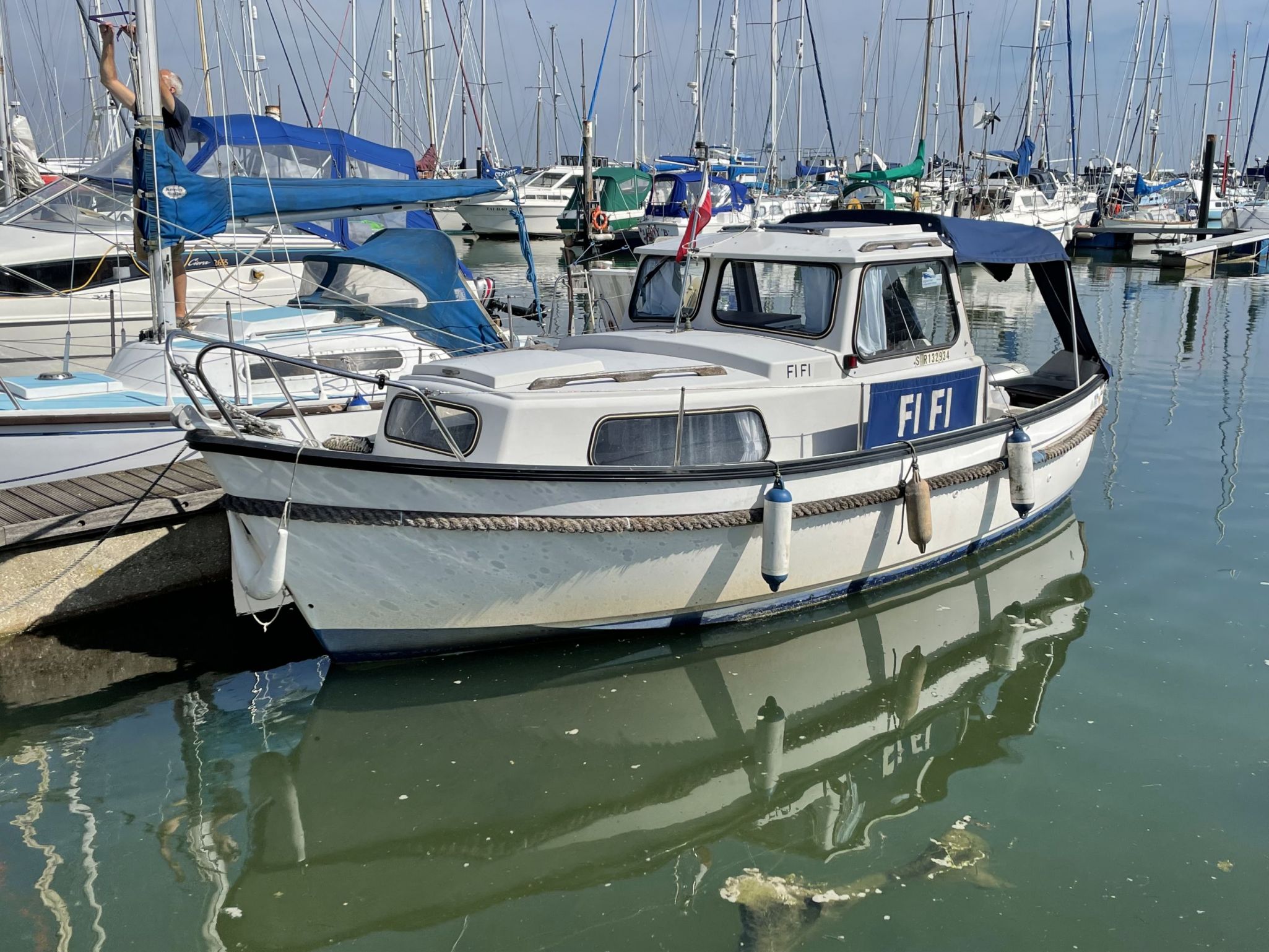 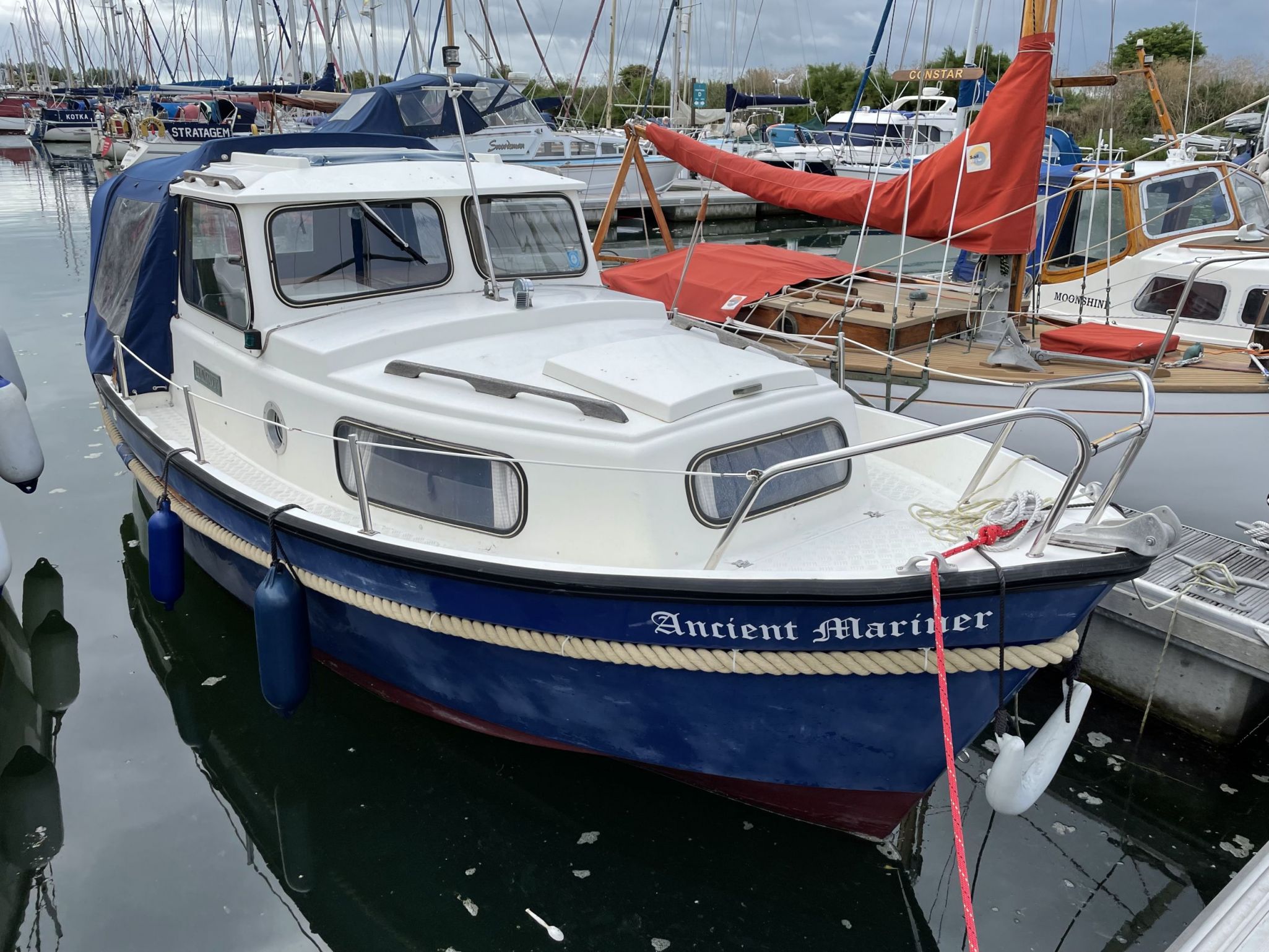 If you have a boat you would like to sell and you want a quick cash offer for the boat then please get in contact. All we need to know is what she is, where she is and then some pictures. We can’t offer full retail for what your boat is worth but we will always try and make a reasonable offer that is fair for both parties.

About the Author: Luke Edney